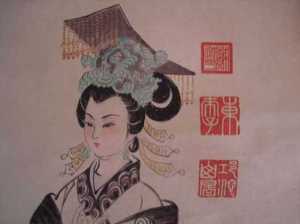 I’m sure this comparison has been made before but I can’t help thinking, if I were Joe Biden, I would hire a taster to avoid poisoning. Empress Wu – grandmother and mother of emperors; empress during the splendor of the Tang dynasty – was the only female emperor in four thousand years of Chinese imperial rule. One of her claims to fame/notoriety, beyond her gender (claim enough): She poisoned people.

I feel sexist saying this (or anything, against Hillary), but I perceive her as being transparently power-obsessed, in a way that’s frightening. Even if sometimes used benignly.